Autism spectrum disorder is often thought of as a childhood condition, with public attention focused primarily on children and the importance of early detection and intervention. However, autism is a lifelong condition, and the available, necessary supports and treatments change as people on the spectrum move through major life phases.

Autism itself doesn’t impact life expectancy. Lifestyle does. And the great thing about autism is that once you get into a healthy lifestyle, you are inclined to stay in it. It really depends on people’s lifestyles and how severe the person’s autism is.

Like everyone else, people on the autism spectrum move through significant life changes. Their quality of life depends not only on the foundation provided in childhood but also on ongoing supports that are specific to their educational, medical, social, recreational, family and employment needs.

Low life expectancy is not only a problem faced by people with severe cases of autism, where completing everyday tasks is difficult, but also for those who have a ”high-functioning” form of the condition, and who can live and work autonomously despite their diagnosis. When you have high-functioning autism, you are acutely aware of the shortcomings in your life compared to other people you know who don’t have autism. These challenges often give rise to anxiety and other mental health difficulties.

Autism is not classified as a medical condition, and it is not completely debilitating. The condition is not life-threatening, but some circumstances may potentially have a bearing on longevity. Autism is not classified as a disease or an illness that directly interferes with a person’s health. However, it is present throughout the individual’s lifetime. Health problems associated with autism are currently under investigation.

Autism itself does not affect life expectancy, however, research has shown that the mortality risk among individuals with autism is twice as high as the general population, in large part due to drowning and other accidents.

According to researches adults diagnosed with autism spectrum disorder die 16 years earlier than their normally developed counterparts. It is interesting that suicide is one major cause. The suicide rate among those with ASD is 9 times higher than the general population. In most cases, the leading causes of death in people with autism are heart disease, suicide, and epilepsy. Also, it could be because of cancer, heart attack, seizures, pneumonia, choking, medication side effects and accidental poisoning. Preventable injuries often lead to death among people with autism. They are three times more likely than the general population to die because of injuries. For children and young teens with this developmental disability, the numbers are more striking: They are 40 times more likely to die from injury than the general child population. Drowning is the most common fatal injury among children with autism. The suicide rate is higher among girls with autism and people with milder forms of autism. The researchers say that’s because this group is more aware of their condition and possible difficulties assimilating. In addition, bullying can be a daily occurrence for those people. Anxiety and depression are common responses to such treatment. Both of those mental health stresses are leading factors in suicide.

Those who are on the spectrum but are only considered to have a mild form of autism are more inclined to kill themselves, it seems because they have plenty of self-awareness. If they have a perception of themselves as different than others, then they might suffer bouts of debilitating depression, and if no one is paying attention, then they may kill themselves before their families or friends realize the depths of the problem. Those with epilepsy are at the greatest risk of early death. Between 20% and 40% of people with autism also have epilepsy, compared to about 1% – of the general population. Epilepsy is diagnosed much later on average in those with ASD, often in the teen years.

People with autism are often attracted to water. In fact, among those who have a tendency to wander, drowning is the leading cause of death. Drowning deaths often occur near the victim’s home, usually within walking distance and often in smaller bodies of water like ponds. The average age of drowning victims is six to 11 years old.

Children with autism have water accidents resulting in tragedy more frequently than other children. It is not a surprising finding but it reaffirms the importance of teaching water safety to children with autism. 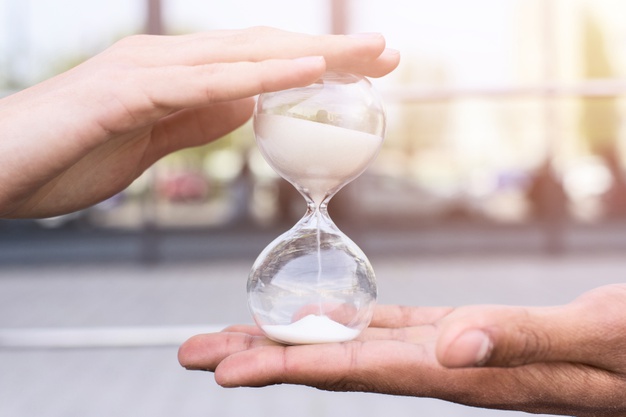 Autism is a complex neurological condition that researchers are struggling to understand. There is a great deal of evidence that comorbid conditions like anxiety, depression, and epilepsy may significantly shorten the average lifespan for a person on the autism spectrum. Identifying, diagnosing, and treating these conditions may help prolong the lives of those who are affected.

Conditions like autism should not be confused with conditions that are medical in nature. Although there are comorbid physical and mental conditions associated with autism, it is not the autism itself that is responsible for the reduced life expectancy. People diagnosed with the autism spectrum do not have obvious physical characteristics. The brain of a person with autism functions differently, but this seems to have no direct physical effects on the body.

Loneliness, depression and other mental health problems are also common for adults on the autism spectrum, who are often forced to live without support because money is invested in newly-diagnosed children and their parents. Age and health are by far the biggest predictors of death. But independent of these factors, those who died struggled more than others with daily activities such as personal hygiene, or with cleaning or making simple repairs to their homes. They also struggled with social reciprocity — taking an interest in others, using facial expressions to communicate or following another person’s gaze.

The connection could also be indirect: People on the autism spectrum with these problems may have other maladaptive behaviors such as a poor diet or a sedentary lifestyle that increase their risk of death.

The researchers stated that people with both autism and learning disorders died at the age of 39 on average, while those with no learning disorder had a much lower risk of dying young. It was pointed out that even those with high communication skills and autism risk twice as early as healthy individuals.

Even people diagnosed with high-functioning autism (formerly diagnosed as Asperger’s syndrome, before the diagnostic criteria changed) are not free from the risk of early mortality. Individuals with high-functioning autism are twice as likely to die young than normally developed people. This pattern held for both males and females on the spectrum; however, women with learning disabilities have the highest risk of death compared to any group.

The general population also tends to have better overall health than people with an autism spectrum disorder. People with ASD may experience a variety of medical problems, such as gastrointestinal disorders. However, one of the most common is heart disease. There is no scientific evidence to explain why this condition is so common with autism, but stress may have a lot to do with it. Bullying may lead to feelings of alienation. Other people with ASD may experience sensory overload and sensitivity to noise and bright light. The stress of engaging with other people or going on a job interview may also be overwhelming.

The daily burden of social awkwardness and physical ailments takes a toll mentally and physically. They suffer from lifelong stress and anxiety. It is almost like this perfect storm that follows them. They are wired into a constant state of flight or fight. That can lead to physical ailments, including heart disease, brain inflammation, strokes, and diabetes.

People with autism who avoid social interactions or have trouble with daily living skills are at increased risk of early death. They are more than twice as likely as those in the general population to die prematurely. They are also at increased risk for a range of health conditions, such as diabetes and cancer, that can be fatal.

Strategies that help people on the autism spectrum develop social and daily living skills might also help them live longer. It is not about country-specific conditions that might influence mortality. But some experts say the new study is too small to draw firm conclusions. And the link between longevity and social or daily living skills may be indirect.

It is important that people working in healthcare are aware of this risk association. This may help doctors and nurses or other carers identify potential problems, and put effective support systems and treatment in place.

Ultimately, we need much more research about why these shocking differences in lifespan occur and what can be done to address them. Let Those in Your Family with Autism Know They are Loved

If you have a family member who is on the spectrum, it is therefore critical that you let them know by all that you do and say how much you love and value them. Individuals with autism are worthy of love and acceptance every bit as much as anyone else, but they might not always feel the easy sense of human connection that is present for many of us with no great effort on our parts.

Try to be a guiding force in the life of your family member or friend who has autism. You don’t want to give them the sense that you are running their life for them. They should be allowed to be independent, but at the same time, you should be there for them as much as they need.

It is helpful if you know that they have a network of close, reliable friends. If they play in organized sports leagues, belong to clubs, or they are in a relationship, it is probably going to do them a lot of good. If they have a job or a career that they feel is rewarding, that can help as well. It is when people with autism feel disconnected from society that they might resort to suicidal thoughts or ideations.

You have to keep in mind that if other family members and friends can also assist you in taking care of the individual in your life with autism, that’s for the best. Ideally, it can be a community effort, and hopefully, together you can convince the person in question that you care about them and don’t want them to come to any harm. You must try to strike a balance between helpful and respectful. That’s the best way to show individuals with autism that you want to be part of their support network, but you are not trying to exert direct control over their lives.

link to Person With Autism vs Autistic Person

Does my child have autism or speech delay? Autism and speech delay are often situations that confused by parents. While speech delay may be a symptom of autism, there are some important differences...